The Apple conference kicks off on September 14, which carries many surprises for fans of the “American apple”, including the iPhone 13 versions.

The Apple conference is scheduled to be held from the company’s garden, where the event is launched under the name “California Streaming”, and is broadcast over the Internet on the website of the American company (the giant of the technology industry in the world).

The new iPhone 13 phones come with the same design as the previous iPhone 12 phones and the same size, as the iPhone 12 models, including 5.4 inches and 6.1 inches for the regular models, and 6.1 inches and 6.7 inches for the Pro models and to be made of the same materials as the devices The previous one, which may change with the 2022 iPhone model, according to the Daily Mail.

Experts expect that the iPhone 13 screens will be better at a frequency of 120 Hz, with a processor that provides better performance and improvements to the cameras, and perhaps a “notch” for the front camera and facial fingerprint technologies in a smaller size.

The new iPhone 13 could have a much longer battery life and get camera updates, including a slightly larger “bump”, a 2.5x telephoto zoom, and an update to the ultra-wide-angle lens. 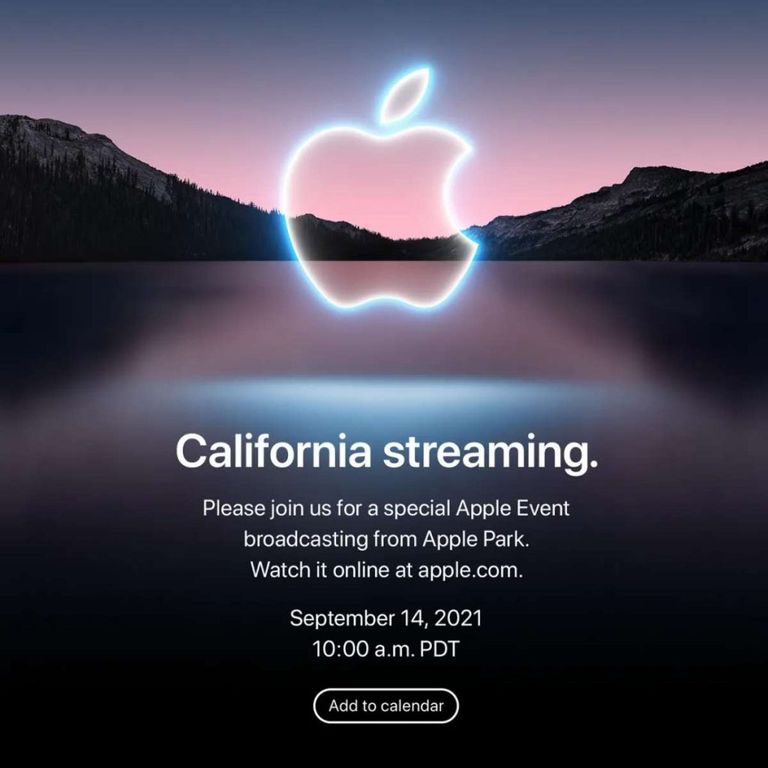 As for the Apple iPhone 13 camera, it is expected that it will receive updates to its video-capture capabilities, including the new ProRes feature for professional filmmakers, and high-quality videos, including HD and 4K, will give filmmakers more editing capabilities.

Many users of Apple products are waiting for the announcement of the latest iOS 15 update, which allows iPhone and iPad users to connect to satellites in an emergency situation when outside the range of mobile networks.

Apple aspires to introduce a set of health features that will be added to the capabilities of its upcoming Apple Watch Series 7 and 8.

Among the features that Apple aspires to also, is the blood sugar monitoring feature, and according to a report by the “Wall Street Journal,” Apple is studying how to add the diabetes detection feature to its smart watches.

In addition to body temperature, a health feature that a Bloomberg report previously revealed that Apple is seeking to add in the Apple Watch Series 8.

Apple is also seeking in the future to add a health feature to detect fever in its smart watches, and so far it is not clear when any of these features will appear in future Apple watches.

The new iOS 15 update features an all-new Safari app design that places the address or search bar at the bottom of the screen in its new look.

However, the operating system allows Safari users, to return to its classic design by returning the address bar or search to the upper area of ​​the screen as usual.

The official public release is scheduled to be released to all users in conjunction with Apple’s annual conference next fall, September 14, 2021.

According to the “The Verge” website, specialized in technology news, the current tests that are being conducted on the new operating system revealed a new feature available for the first time, for iPhone 13 phones.

The site indicated that the iOS 15 system will allow iPhone users to permanently close the night mode with the camera, which was not available before.

Apple had announced the night mode feature for its phones for the first time in 2019 on the iPhone 11.

Night mode enables users to point the iPhone’s camera at something that is difficult to see well at night and take a clear picture of it.

Before the announcement of this feature, the night mode could be temporarily turned off, with the ability to be reactivated automatically if the phone’s sensors noticed the camera’s need for that in order to clarify the image.

Now IOS 15 users will not suffer from this problem as they will have the ability to turn off the mode permanently.